The ball is in the PM's court 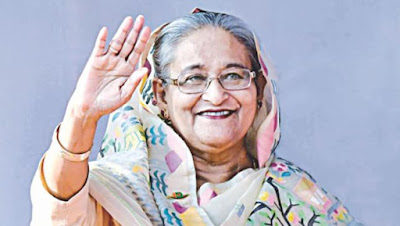 Marked by many questions, controversies and some degree of violence, the 11th parliamentary election took place on December 30. According to the Election Commission, the overall turnout was 80 percent, while it was less than 46 percent in the six constituencies where EVM was used. Six constituencies had the highest turnout rate of 99 percent.

The Grand Alliance had a “grand” victory in the election, winning 291 of the 299 constituencies where elections were held. By contrast, the opposition Jatiya Oikyafront alliance won only 8 seats. Given Bangladesh's political reality, such a devastating loss for Oikyafront is unusual, and creates serious questions in the minds of many observers about the quality of the election.

Many in the media, including social media, published reports of irregularities during the election. Questions were raised about the unusually high turnout in constituencies where paper ballots were used. Foreign media and some of our important development partners also raised the issue of irregularities. We feel that the Election Commission has the responsibility to investigate the allegations. If the investigation finds evidence to support those allegations, the EC may take appropriate action, including cancelation [Nur Hossain vs Nazrul Islam, 5BLC(AD)(2000)].

The Grand Alliance's grand victory and the Oikyafront's decisive loss in the polls could lead to serious consequences for the nation unless both the alliances seriously assess the unusual results and their consequences, and take appropriate actions. The consequences are likely to be dire unless both coalitions seriously engage in dialogue and reach an agreement to create opportunities for future transfer of state power on the basis of the will of the people. The ruling party has, through a controversial election, climbed on the proverbial tiger's back, and may be unwilling or perhaps even unable to disembark. The result will be the denial of voting rights of the people. So, we hope our leaders will show the courage and wisdom needed to negotiate a political dialogue.

To avoid a potential crisis, the prime minister, who has achieved the unprecedented feat of becoming head of government for the fourth time, will have to provide leadership to usher in many extraordinary changes. In fact, there is a historic opportunity before her to create a pathway for a democratic future for Bangladesh, which will enable us to celebrate a prosperous, peaceful and truly democratic Bangladesh on the golden anniversary of our nation in 2021. This will also make the celebration of the 100th birthday anniversary of Bangabandhu Sheikh Mujibur Rahman in 2020 a more inclusive event, involving people of all shades of opinion.

On December 31, in a meeting with a group of election observers, PM Sheikh Hasina expressed her commitment to be a prime minister for all citizens. It may be recalled that, exactly ten years ago, on December 31, 2009, after her party's landslide victory in the 9th parliamentary election, she made a similar declaration in a press briefing that her government would be that of all citizens and would not misuse power. She specifically declared: “We do not believe in vengeance and retaliation. We want to give up the politics of confrontation. We want to gift the nation a new political culture... We do not want to judge the opposition by the number alone... We have achieved the victory, so we want to be forgiving. We ask everyone to forget the differences and work together for the people. In parliamentary democracy, the opposition is a partner in governing the state. We will show respect to the opposition for making positive criticism, their advice and their role for making the parliament effective.” (Prothom Alo, January 1, 2009)

Even though a conducive environment may not have prevailed, and it was not possible to transform our political culture ten years ago, the time has now come for such a transformation, especially in view of the fact that Sheikh Hasina, as the daughter of Bangabandhu, is now concerned about her legacy—how she would like history to view her. Given this, she must provide the leadership necessary to create qualitative changes in our politics. The ball is in her court. In the changing political circumstances, such an initiative is likely to elicit a positive response from her political rivals as well.

If we are to transform our political culture, Bangladesh Awami League and our PM will now have to come forward to practice a new type of politics—one of secularism, pluralism and social cohesion, which are part of our founding principles. As part of this secularist politics, the PM will have to disband Jamaat-e-Islami, which opposed our war of liberation, and expeditiously complete the war crimes trial to heal a deep wound in our national life. This will also help us avoid playing with the non-secularist forces such as the Jamaat and Hefazat in the future.

The new politics will also have to be that of inclusiveness, of tolerance rather than annihilation. Although we were a nation firmly united against the Pakistanis, except for a small segment of misguided individuals, we have now become a nation seriously divided. This is likely to have disastrous consequences. The PM will have to provide the leadership to guide the nation away from this path and practice a new politics of tolerance and peaceful co-existence.

In fact, the PM will have to work toward reaching a grand compromise with her political rivals and initiate some much-needed reforms—the goal of which will be to “repair the state,” as demanded by the children during the road safety movement. The achievements of such a repair must include expansion of people's basic rights, including guaranteeing their voting rights, zero tolerance for corruption, separating the government from the ruling party, and ensuring the effectiveness of our democratic institutions. Such changes will not only transform our political culture, but will also help institutionalise our democratic system. Our PM will need unparalleled tolerance, wisdom and courage for the transformation of our political culture. We wish her success!