18 reforms that will change Bangladesh 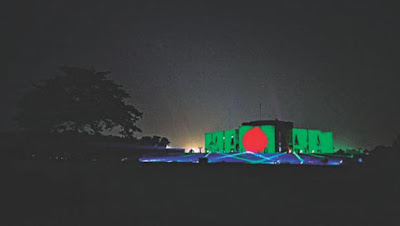 During last year’s road safety movement, there was a demand raised by the student demonstrators that touched a chord with a wide cross-section of the population: “repair the state.” Their demand seems most fitting considering the controversies surrounding Bangladesh’s recent national election and the waves of corruption and mis-governance that are breaking on our shore every day. In particular, it is a call to fix our democratic deficits and governance failures.

In the last few months, we, on behalf of SHUJAN, held ten consultations around the country to formulate a reform package for Bangladesh including 18 suggestions aimed at “repairing the state”.
These are:

Bangladesh was founded on a vision of a democratic, secular and just society, but that vision remains unfulfilled. Democracy and social justice have remained largely elusive, and we could not prevent the use of religion in our politics. More seriously, the annihilation of opposition appears to have become a political obsession. If the founding ideals of Bangladesh are to be fulfilled, we must change our political culture and practice the politics of inclusiveness, tolerance and consensus.

Free, fair and credible elections are necessary to create a government with the consent of the people. The 11th parliamentary election was marred by allegations of the denial of people’s voting rights. Based on its research of 50 constituencies, the Transparency International Bangladesh (TIB) questioned the credibility of the election, claiming that the fears about possible rigging under a party-based government had come true. Therefore, we must clean up our electoral process and seriously consider reforming our electoral system, including the adoption of a proportional representation system.

We must frame a law to appoint and remove judges in the upper judiciary. We must also stop influencing the judiciary, and end the practice of filing frivolous lawsuits and withdrawing cases based on political considerations.
Effective parliament

We must make the parliament effective to ensure the transparency and accountability of the executive branch. We need a true and functional, rather than made-up, opposition in parliament. We must frame a Code of Conduct Act for Parliamentarians to prevent conflicts of interest and a Privilege Act to ensure accountability, as mandated by our Constitution.

We must ensure the independence of the judiciary and the rule of law by separating the judiciary from the executive—by restoring the original Articles 115 and 116 of our Constitution. We must frame a law to appoint and remove judges in the upper judiciary. We must also stop influencing the judiciary, and end the practice of filing frivolous lawsuits and withdrawing cases based on political considerations.

We must enact a law, as mandated by the Constitution, to constitute an independent Election Commission with persons of integrity. This must be done in a transparent manner. We must also provide the Commission with financial independence and autonomy to appoint its own functionaries to ensure its neutrality.

We must engage an expert committee to recommend constitutional amendments. Potential areas of reforms include: ending the “imperial” premiership; creating a larger electoral college for electing the president; instituting term limits; reserving one-third seats of the parliament for women and electing them directly; creating an upper house; reforming Article 70; and bringing back the referendum provision.

We must reform our political parties to ensure their internal democracy, transparency in their nomination process and financing, and the end of “partiarchy”. They must renounce extremism, communalism, identity-based politics, and inter- and intra-party violence. Their associated and affiliated bodies must also be disbanded.

We must amend the laws and appoint appropriate persons to the statutory bodies—namely the Anti-Corruption Commission, the Human Rights Commission, and the Information Commission—to ensure their independence and effectiveness.

We must initiate an all-out campaign against corruption by creating special tribunals to try and deliver exemplary punishment to corrupt officials. We must take effective measures to prevent illicit transfer of money abroad and bring such money back. An ombudsman must also be appointed.

We must reform the Civic Service Act and modernise the Police Act to ensure the neutrality and professionalism of the bureaucracy and members of the law enforcement agencies, and end their politicisation. We must also end corruption in their appointments and transfers and make them truly service-oriented.

Independence of the media

We must ensure the independence of the media through legal reforms including the amendment of the Digital Security Act. We must also form a Broadcast Commission to ensure objective reporting of the publicly-owned media.

A strong civil society can help make democracy effective and achieve good governance by acting as a watchdog for the constitutional and statutory bodies. Thus, we must provide space and an enabling environment to ensure the effective functioning of the civil society.

We must safeguard the freedom of expression and other fundamental rights by amending all repressive laws. We must end involuntary disappearances, abductions and extrajudicial killings.

We must formulate a new “social contract” to ensure equal opportunity for the poor and guarantee their due share of national resources, including the provision of subsidised loans, crop insurance and similar facilities. Providing quality education and health care, including health insurance for families, must become our top national priority.

We must ensure environmental sustainability and formulate long-term plans for the nation to cope with the effects of climate change. We must also reassess our development projects and abandon those that pose serious environmental risks to the country.

We must stop protecting the looters and plunderers, bring the violators of law to justice, and ensure good governance in the financial sector by creating an independent Banking Commission. We must ensure the independence of Bangladesh Bank and close supervision of the banking sector.

We must invest in our youth to take advantage of the “demographic dividend” by making available high-quality education, health, nutrition and ensuring their safety. If such services cannot be ensured and the youth are derailed, the potential demographic dividend may become a demographic nightmare.

To sum up, the alleged irregularities that took place during the 11th parliamentary election have severely disturbed the balance in our politics, leaving us in uncertain territory. In the past, our leaders formulated solutions to crises through dialogue and discussion. For example, the leaders of Awami League and BNP signed the “Three Alliances’ Outline” after the fall of Ershad (although their commitments remained largely unfulfilled). We hope that our leaders will now engage in dialogue, reach a political consensus on major issues, and sign a national charter to end the uncertainty. Our reform package could serve as the agenda for the desired dialogue.

Source: https://www.thedailystar.net/opinion/politics/news/18-reforms-will-change-bangladesh-1752514
Email ThisBlogThis!Share to TwitterShare to FacebookShare to Pinterest