A 'National Charter' to strengthen democracy 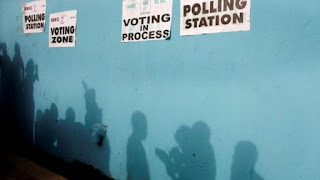 The recent “student agitation” not only demanded safe roads, but also raised our awareness regarding our state structure, characterised by corruption, repression and injustice. A weak state structure generally caters to coterie interests rather than the public interest—a glaring example of which is the transport sector. Transforming the state structure would require a set of all-encompassing deep reforms, which will in turn require a political settlement and unity among the political actors as reforms must reflect the will of the people.

We on behalf of SHUJAN: Citizens For Good Governance have been, for the past decade, promoting a “National Charter”, encompassing a set of far-reaching reforms for endorsement by politicians and other interested groups as part of a political settlement.

The parliament should be made independent and effective to ensure the transparency and accountability of the executive branch. A Code of Conduct Act for Parliamentarians should be framed to prevent conflict of interest along with a Privilege Act, as mandated by the Constitution.

A law should be enacted, as mandated by the Constitution, for reconstituting the Election Commission (EC) and making appointments accordingly to ensure free, fair and credible elections. The Commission should be provided with financial independence, allowing it to appoint its own functionaries, and reforming the relevant laws to ensure its autonomy.

An expert committee for recommending amendment of the Constitution should be appointed. Potential areas of constitutional reforms could include: bringing a balance between the powers of the President and the Prime Minister; instituting term limits; constitutional recognition of the indigenous people; reserving one-third seats of Parliament for women; creating an upper house; reforming Article 70; bringing back the provision of referendum, and so on.

Amending the laws and appointing appropriate persons to the statutory bodies, namely the Anti-Corruption Commission, Human Rights Commission and Information Commission to ensure their independence and effectiveness is also necessary.

Initiating an all-out anti-corruption campaign by creating special tribunals to try corrupt individuals and giving them exemplary punishment should be considered. Taking effective measures to prevent illicit transfer of money abroad and to bring such money back would help and an Ombudsman could also be appointed.

The government should enact a Civic Service Act and modernise the Police Act in order to ensure the neutrality and professionalism of the members of the bureaucracy and the law enforcement agencies. Ending corruption and payoffs in their appointments and transfers would make them truly service-oriented institutions. What is also essential is making the Public Service Commission an independent and effective body.

Independence of the media

Ensuring the independence of the media through legal reforms should be prioritised. Forming a Broadcast Commission with appropriate persons to ensure the objectivity of the news programmes of publicly-owned media could help in that regard.

Freedom of expression should be safeguarded by amending section 57 of the ICT Act and other repressive laws. The government should end the violation of human rights by stopping involuntary disappearance, abduction and extrajudicial killings.

It is essential that the poor get their due share of national resources, which could be facilitated by subsidised loans and similar measures. They should have quality education and health care provided to their families, and crop and health insurance.

Environmental sustainability must be ensured. There needs to be long-term planning for coping with the effects of climate change. What this also means is the reassessment of development projects with serious environmental risks.

Laws must be reformed to prevent the looting and plundering of the financial sector and bringing perpetrators to justice is essential. The independence of Bangladesh Bank must be ensured and close supervision of the banking sector is necessary.

We feel that the implementation of the proposed National Charter could pave the way for repairing the state and achieving good governance. However, its implementation will require a democratically elected government. Thus, we will also need a political consensus on issues that will ensure credible election.

As is clear from the experience of the recent city corporation elections, our present EC is incapable of holding credible elections. Thus, we will need the reconstitution of the Commission. We will also need to amend the RPO to include provisions for no-vote and compulsory scrutiny of affidavits submitted by candidates post-elections. We further need to reform the affidavits. Furthermore, for credible elections, the parliament should be dissolved before elections.

To show respect to the student agitation, we hope our politicians will engage in dialogue, come to a negotiated settlement of their disputes, and reach an agreement for ensuring free, fair and credible elections—paving the way for the repair of the state and thus averting an uncertain and possibly disastrous future.

Source: https://www.thedailystar.net/news/opinion/governance/national-charter-strengthen-democracy-1626187
Email ThisBlogThis!Share to TwitterShare to FacebookShare to Pinterest