A budget of discomfort 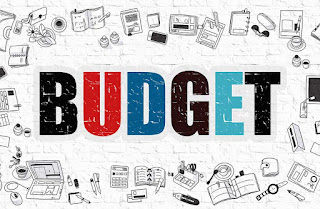 The mega budget of Tk4,64,573 crore that our Finance Ministry has recently proposed should be in the interests of the welfare of the people. Ideally, the public should be satisfied with it. But is that really what has happened?

“The public” includes people of all economic classes. It also includes businessmen. Each of these segments of the population have different expectations from their government. They also have some common interests.

For example, the businessmen want opportunities to invest, and security for their investments. They also want incentives and an enabling legal framework for investments. This requires political and economic stability in the country, providing protection of life and property for all citizens. Such protection in turn requires effective public and private institutions.


With effective institutions, transfer of governmental power takes place through peaceful means and the people’s will, and democracy becomes a reality.

People want jobs, and those belonging to the lower and middle classes want equality of opportunity. People also want and need political and economic stability, and functional constitutional, statutory, and non-state institutions. In addition, environmental sustainability is important for the people, and even for progressive businessmen.

Will the budget be able to meet all these expectations?

It must be noted that the budget can help meet part of such popular expectations. Meeting such expectations also requires some decision-making by the government to facilitate political and economic stability. Unfortunately, so far, we see no signs of political agreement.

We have been witnessing serious indiscipline and looting in the financial sector. The government has failed to take serious punitive actions against the big plunderers in the share market.

According to the FBCCI, these robbers are now on the loose in our banking sector. Instead of taking action against them, the government appears to have decided to protect them and even encourage them by replenishing their capital shortage with tax-payer money.

Because of the liquidity crisis and widespread loan default, there is also scepticism regarding the recent announcement of bank-owners’ ability to reduce the interest rate to a single digit.

Thus, the government is moving away from its earlier commitment to create a banking commission in order to bring back discipline to the banking sector, which affects the investment climate, and is bound to create unease among genuine businessmen.

In addition, the budget has proposed to reduce tax rates for banks, but not for the corporate sector. As a result, we see no prospect of increasing private investment above 23% of our GDP, in which we have become trapped for many years. Rather, the uncertainty that has been created regarding the 11th parliamentary election can only encourage the illegal transfer of money abroad and further dampen domestic investments.

If private investment is not stimulated, both the public and the businessmen will suffer, which will not improve our present trend of jobless growth.

Experts also have concerns about public investments. The proposed budget earmarked about Tk32,000cr for ten mega infrastructure projects. However, development means change in the state and the quality of life for citizens, which is dependent on improvements, for example, in health, education, nutrition, sanitation, and so on. Investment in infrastructure can only indirectly help improve conditions in the social sector.

Thus, the proposed budget does not appear to serve the interests of the common people.

In addition, the budget for the mega projects has been increasing rapidly. For example, ECNEC has recently approved an additional Tk1,400cr for Padma Bridge. Thus, many observers feel that the mega projects create opportunities for patronage distribution to vested interests, hence corruption in a mega scale.

In addition, there are questions about the economic performance and the long-term viability of some of these projects. More serious questions are also raised about some of their environmental implications.

The government may be uncomfortable for another reason. Although the proposed revenue collection for 2017-18 was Tk2,48,990cr it was revised downward to Tk2,25,000cr. In the first 11 months of 2017-18, 72% of the proposed and 80% of the revised revenue collection targets were achieved, leaving Tk45,000cr to be collected by NBR in one month. Given this daunting target, it was thus natural that the government would be uncomfortable about its success.

It is clear that the government is uncomfortable with the budget implementation and revenue collection rates. The businessmen are also not very comfortable with respect to the investment climate. This discomfort is likely to increase unless a sense of discipline in the banking sector is restored, good governance in the financial sector is achieved, and the prospect of certain banks going under is arrested.

The common folk, especially the youth, are concerned that the budget does not give due emphasis to employment.

Furthermore, most people are concerned about the coming election and its potential political fallout. It is thus clear that the proposed budget is the cause for discomfort for most citizens.


Source: https://www.dhakatribune.com/business/2018/06/28/a-budget-of-discomfort?fbclid=IwAR3sB465H_RClYpa_kTDhzK7Rg9Zkeao7Qj50_uNEjS3kFSalRAwNebfEZU#
Email ThisBlogThis!Share to TwitterShare to FacebookShare to Pinterest