Can Bangladesh repeat its 'development surprise'? 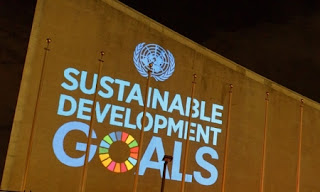 In the era (2000-2015) of the Millennium Development Goals (MDGs), Bangladesh had achieved outstanding success in both poverty eradication and human development. Bangladesh's success in both economic and social fronts bewildered many astute observers, including Professor Wahiduddin Mahmud, who called it a “development surprise”. Others called it the “Bangladesh paradox” or “Bangladesh puzzle”.
Bangladesh's achievements surprised many observers because the country faced many daunting challenges.
The challenges include political instability and uncertainty, growing violence, climate change, frequent natural disasters, poor resource base, income inequality, crumbling institutions, increased centralisation, poor service delivery, endemic corruption, dysfunctional governance and so on. Defying such odds, Bangladesh continued to make progress in improving the lives and livelihood of its people.

Bangladesh's progress in the economic arena, especially its GDP growth, is usually explained by the growth of its readymade garments (RMG) sector and export of RMG, which have made rapid progress in the last few decades. The remittances from expatriate workers have changed the face of many areas of rural Bangladesh. The growth in the agricultural sector also greatly contributed to Bangladesh's development surprise. These sectors and their contributions to the decline of poverty in Bangladesh, according to many observers, were largely immune to the prevailing “governance deficit”. In fact, the dysfunctional governance prevailing in the country may have even helped the growth of the RMG sector and remittances. For example, many owners of garment factories, using their political influence, could bend the rules and many could also get away by indulging in under- and over-invoicing and other corrupt practices. Absence of strict rules and their rigorous enforcement also facilitated the movement of many illegal workers abroad, increasing the flow of remittances, although it is on the decline now.
Bangladesh's progress on the social and human development front in the past decade or so is normally attributed to awareness campaigns and promotion, mainly by NGOs, of innovative, low-cost solutions to problems. Many service-delivery type development NGOs have been providing multiple interlinked services to low-income families, improving their conditions. For example, child mortality in Bangladesh was reduced by awareness campaigns, simultaneously implemented for the use of oral rehydration therapy (ORT) to reduce diarrheal death, along with de-worming campaigns, child immunisation, and the use of low-cost, affordable sanitary latrines using rings and slabs rather than more expensive water-sealed ones promoted by UNICEF.
In providing services, NGOs also in general empowered the 'agencies' of women and targeted them and their families for self-interested activities, such as adopting family planning measures and sending their children to schools. Such self-interested, initiative-driven activities of women and their families largely brought about significant reductions in birth rates and maternal mortality. The reduction of maternal mortality was further helped by pre-natal care for women and screening complicated deliveries. The government's willingness to include the development NGOs in service delivery activities played a critically important role in this regard.
Can Bangladesh continue its development surprises in the SDG era (2016-2030) despite its democratic and governance deficits? The challenges of achieving SDGs, requiring integrated and indivisible economic, social and environmental development, are more formidable. In addition, MDGs were intended to reduce hunger and poverty by half, but SDGs are designed to finish the job. MDGs were also intended to make, for example, quantitative increases in education. But achieving SDGs would require qualitative changes in education, which would be much harder to achieve. Furthermore, the most exciting intention of SDGs is not to leave anyone behind, which also creates additional challenges.
Facing these challenges would require a type of governance, which would “ensure responsive, inclusive, participatory and representative decision-making at all levels” (SDG 16.7). It would also require peace, justice and strong institutions at all levels. That is why SDG 16—the goal that makes the achievement of all goals possible—is made an integral part, rather the “crown jewel” of SDGs.
Many experts are of the opinion that Bangladesh has already reaped the benefits of awareness campaigns and low-cost solutions to problems offered by NGOs. To achieve the SDGs, it would not only require higher economic growth, allocation of more resources to the social sector to offer more service, but also substantial increases in the quality of those services. Such changes in the service delivery would require citizens to increasingly demand more quality and corruption-free services at affordable costs. This would, in turn, require “citizen activism” for asserting their rights, which would further involve mobilising the people by NGOs for collective action. The traditional development NGOs are either not equipped or not interested in such mobilisation activities as they involve some political risks. Thus, achieving SDGs would require a new breed of advocacy-type NGOs, which will work on a rights-based approach.
Achieving SDGs would also require the localisation of goals. Localisation is a process to empower all local stakeholders, aimed at making sustainable development more responsive, and therefore, relevant to local needs and aspirations. Development goals can be reached only if local actors fully participate, not only in the implementation, but also in setting and monitoring the agenda. Localising thus would require more than the implementation of SDGs at the local level by sub-national actors; it would also involve a participative and consultative process for developing the necessary strategy for their achievement (www.localizingsdgs.org). That is why SDG 16 emphasised on creating strong institutions and ensuring inclusive decision-making. Fortunately, some NGOs are already pursuing rights-based activities at the grassroots level and strengthening local government bodies, particularly Union Parishads, as a means of localising SDGs.
For Bangladesh to repeat its development surprise in the SDG era many changes and reforms must take place in the coming days, including the removal of governance dysfunction.
Source:
http://www.thedailystar.net/perspective/can-bangladesh-repeat-its-development-surprise-1430191