Goals to transform the world 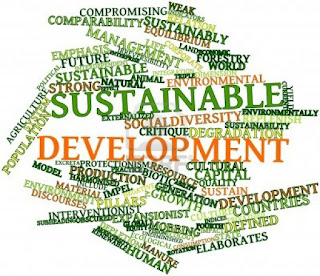 ON September 25, 2015, world leaders adopted a resolution entitled 'Transforming our world: the 2030 Agenda for Sustainable Development'. The agenda is a “comprehensive, far-reaching and people-centred set of universal and trans formative goals and targets” – now referred to as the Global Goals. It seeks to strengthen universal peace, free humanity from poverty and heal our planet. The agenda's bold and ambitious steps are intended to shift the world to a sustainable and resilient path, causing lives of all to profoundly improve and our world to transform for the better. The agenda will come into effect on January 1, 2016, replacing the Millennium Development Goals (MDGs).
The 2030 Agenda, which has 17 goals for all people, everywhere, includes: (1) Ending poverty; (2)Ending hunger; (3) Ensuring healthy lives and promote well-being;
(4) Ensuring inclusive and equitable quality education and life-long learning; (5) Achieving gender equality and empower all women and girls; (6) Ensuring availability and sustainable management of water and sanitation; (7) Ensuring access to affordable, reliable, sustainable, and modern energy; (8) Promoting sustained, inclusive and sustainable economic growth, full and productive employment and decent work; (9) Building resilient infrastructure, inclusive and sustainable industrialisation and innovation; (10) Reducing inequality within and among countries; (11) Making cities and human settlements inclusive, safe, resilient and sustainable; (12) Ensuring sustainable consumption and production patterns; (13) Taking urgent action to combat climate change and its impacts; (14) Conserving and sustainably using oceans, seas and marine resources; (15) Protecting, restoring and promoting sustainable use of terrestrial ecosystems, forests to combat desertification, and halt and reverse land degradation and biodiversity loss; (16) Promoting peaceful and inclusive societies, access to justice and effective, accountable and inclusive institutions at all levels; (17) Strengthening means of implementation and a revitalised global partnership for sustainable development.

The 2030 Agenda differs from the MDGs significantly. First, the MDGs were designed to move us 'half way' to ending hunger and poverty, whereas the 2030 Agenda is intended to fully solve these problems.
Second, the 2030 Agenda is universal. It applies to people of all countries from both developed and developing nations. The intention is to leave no one behind because of her or his gender, age, disability, income, geography, ethnicity or other status.
Third, the 2030 Agenda promotes integrated development in social, economic and environmental issues. They address, among others, issues relating to democracy, plurality, accountability, violence, peace, equity and climate change.
Fourth, as violence and poverty tend to go hand in hand, peace building and promoting social harmony are critical to the success of ending hunger and poverty. The 2030 Agenda recognises this need, and the “factors which give rise to violence, insecurity and injustice, such as inequality, corruption, poor governance and illicit financial and arms flows, are addressed in the Agenda.”
Fifth, the MDGs focused more on numerical targets, such as high enrollment rates in education, while the 2030 Agenda focuses on quality of education and learning, and recognises the role of education in achieving a more humane and peaceful world.
Sixth, one of the most distinguishing features of the new agenda is that it calls for “inclusive societies that provide equal access to justice and that are based on respect for human rights ... rule of law and good governance at all levels and on transparent, effective and accountable institutions.” In many countries, good and effective governance, or lack thereof, have now become the most important 'development challenge'. In fact, lack of democratic, accountable and inclusive governance are threatening the status quo and stimulating violent extremism to take deep roots in many societies.
Seventh, unlike the MDGs, the 2030 Agenda calls for close monitoring of results, which will require rigorous and regular reviews of progress at the sub-national, national, regional and global levels. Such reviews are to be inclusive, transparent, gender-sensitive, respectful of human rights and have a particular focus on the poorest and most vulnerable people. The data to be used must be of high quality, accessible, timely, reliable and disaggregated. These reviews are intended to ensure accountability of authorities to the citizens.
Finally, although MDGs were to be largely financed by foreign aid, which did not materialise, each country will have the primary responsibility for mobilising resources through inclusive growth, supported by global partnership in the areas of capacity building, technology transfer and international trade. The global engagement for the 2030 Agenda will also involve “bringing together Governments, the private sector, civil society, the United Nations system and other actors in mobilizing all available resources.”
The new Agenda is unique in that it is agreed upon by all stakeholders, while the MDGs were drafted by a group of experts. The 2030 Agenda has been shaped by the most participatory process in UN history, involving millions of global citizens, civil society and member states over a span of three years. Thus, it is not an imposed agenda, rather it is a country-owned global commitment. In fact, it is an agenda of the people, by the people, and for the people. The people will also have to be the primary actors for their implementation. Governments of member states will obviously have to demonstrate political will for catalysing citizen involvement.
Although the new agenda is built upon the experiences of the MDGs, its significance is that it goes beyond and seeks to complete the unfinished tasks of the MDGs, while setting out economic, social and environmental goals that are comprehensive, integrated and indivisible.
The indivisibility, inter-linkages and integrated nature of the goals and targets of the new agenda have far-reaching implications, especially for its implementation. The 2030 Agenda cannot be implemented with a segmented or 'siloed' approach. They cannot be achieved by merely implementing projects on education, health and so on, without addressing all the challenges faced by a community, including peace building, state building, human rights and good governance. This will obviously require a holistic, bottom-up 'community-led development' approach, encompassing a sustained process that restores women, men and youth in taking control over their own lives. Such a process will require citizens to be active agents of change, grassroots organisations letting voices be heard, creation of vibrant, inclusive economies, and an effective, accountable local government system playing catalytic roles.