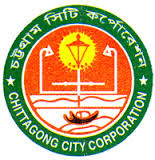 The media reported many irregularities, including booth captures and illegal stamping of ballot papers in the recently concluded elections of the three city corporations in Dhaka and Chittagong. The comparison of the recent results with that of the results of the 2010 Chittagong city corporation elections leaves no doubt about it.
In Chittagong, 12 candidates contested for the mayoral post in the recent elections. This included the ruling party candidate AJM Nasiruddin, and the BNP candidate and departing mayor, Manjur Alam. Results show that out of 18,13,600 voters, 8,68,663 cast their votes, of which 8,21,371 were valid and 47,292, were invalid votes. The voter turnout rate was 47.9 percent. Of the total valid votes, AJM Nasir received 4,75,361 (57.87 percent) votes and Monjur Alam received 3,04,837 (37.11 percent) votes.
However, of the total 3,629 votes registered at the Halishahar Mehere Afzal High School, which served as a voting centre, Manjur Alam received no votes, although he had 616 votes in the same centre in the 2010 elections.

Published in http://www.thedailystar.net
June 10, 2015
Email ThisBlogThis!Share to TwitterShare to FacebookShare to Pinterest