Which way to a sustainable solution? 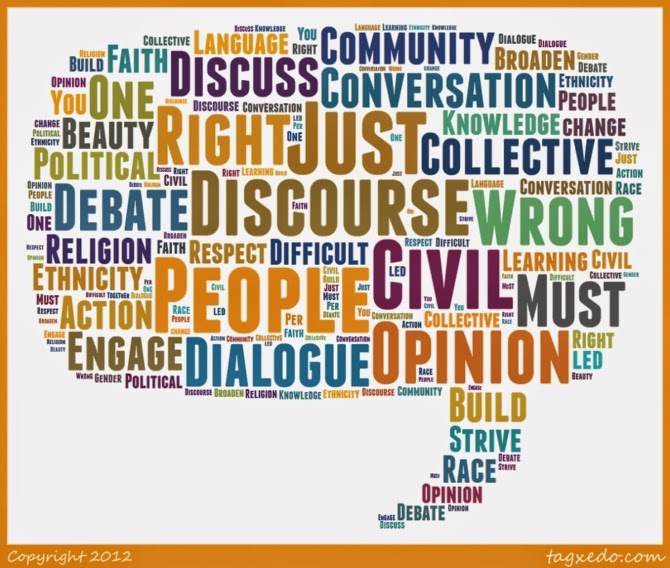 The voterless and non-competitive 'election' of January 5, 2014 had created an unusual and potentially unstable situation in the country. It is clear from the blockades, deaths and destruction of the past two weeks that the potential instability has already begun to turn into reality. Redressing this situation would obviously require holding a free, fair and competitive national election at the earliest. Otherwise we may head toward an uncertain future. However, a national election at this time, even a free and fair one, would not be enough for us. It is our considered opinion that in the present circumstance our political parties must immediately engage in dialogue and reach a consensus on certain important national issues.
We feel that there are three broad areas in which we need national consensus. Firstly, we need consensus on the election-time government, which could ensure that the next election is free, fair and competitive. Secondly, a consensus must be reached on the election-time arrangements which could make the coming election peaceful and acceptable. Thirdly, there must be a consensus on the bold actions and deep reforms that the next elected government must initiate to ensure a sustainable solution to our problems.


Although actions must be taken for the immediate implemenation of the first two areas of consensus, we must wait for the implemention of the third until after the next election. We feel that this consensus building and signing of a 'National Charter' by the relevant stakeholders would not only help diffuse once for all the present crisis, but would also promote social harmony and institutionalise democracy in our country.
Election-time government:
An election-time government is critically important for ensuring free, fair and competitive elections. Based on our past experiences, it can perhaps be safely said that because of the uncontrolled spread of 'partyarchy' in our state institutions, future elections will also be manipulated and rigged. Thus, to ensure fair and competitive elections in the future, there must be a consensus among all stakeholders regarding the election-time government.
The responsibility of such a government would be to ensure the next election within a given time period, say 90 days. However, according to our Constitution, the Election Commission (EC) is actually responsible for holding national elections. We cannot expect fair and neutral elections unless the election commissioners are competent and neutral. Thus, the election-time government should be entrusted with the responsibility of reconstituting the Commission with appropriate individuals. To this end, a law must be framed, as mandated by Article 118 of our Constitution. A revised version of the draft law left by the 'Huda Commission' may be used for this purpose. In making the appointment to the Commission, a Search Committee must be appointed, which would, through a transparent process, reccomend the names of individuals who would be appointed by the president.
To ensure free and fair elections, the Commission must perform certain important tasks. Creating a reliable electoral roll is one such task. In addition, the Commission must delimit the constituencies and oversee the election itself.

Election-time arrangements:
Free, fair and acceptable elections will depend not only on the neutrality of the election-time government and the effectivess of the EC, but also on the appropriateness of the legal framework. Thus, although the prevailing legal framework has many positive features, the relevant stakeholders must agree on certian reforms. For example, it would be desirable to include in the RPO the provisions of a 'no-vote' and the nomination of candidates based on the consent of the party members at the grassroots. There must also be serious efforts to contain election expenses. In addition, cleaning up of our electoral arena will require stricter disqualifications for candidates and serious scrutiny of the antecedents filed by them in the form of Affidavits.
Post-election reforms:
Although a neutral government and an effective ECmay be able to deliver a free and fair election, it will not solve the toxic political problem prevailing in Bangladesh. It will require a consensus on actions and reforms to be initiated by the newly elected government to address some of the fundamental issues confronting us as a nation. Such reforms could only lead to a sustainable solution.
The fundamental issues, broadly speaking, on which consensus must be reached include:
1.            Completing the war crimes trial at the earliest possible time;
2.                                            Making the Parliament an independent and effective institution to ensure transparency and accountability of the Executive. At the same time, a code of conduct must be framed for the MPs and a Privilege Act enacted, as mandated by our Constitution;
3.            Reforming the political parties to make them democratic, transparent and accountable, and end 'partyarchy' in every sphere of our society. Political parties must agree to reform political financing and bring transparency and limits in election expenses. They must also commit to renounce violence, communalism, extremism and disassociate from any group promoting such views. In addition, they must be committed to Bangladesh's independence and sovereignty. Political parties must agree to disband their affiliated and associated bodies, such as their teacher, student and labour wings;
4.            Ensuring the independence of the Judiciary and enacting a law to govern the appointment of judges. An expert committee must be set up to assess the competence, effectiveness and neutrality of judges and take actions accordingly. The independence and neutrality of the lower judiciary must be ensured by true separation of the judiciary. At the same time, the political parties must commit to end the culture of filing frivolous cases against political opponents and withdraw cases based on political considerations;
5.            Making the Anti-Corruption Commission, Human Rights Commission, Information Commission effective by reforming the law and appointing competent and neutral persons in these bodies;
6.            Committing to carry out all-out effort to bring to justice the individuals known as corrupt and bring back black money accumulated abroad. A special tribunal, like the ICT, may be constituted to try and give exemplary punishment to such individuals;
7.            Framing a Civic Service Act, modernising the Police Act and reforming the PSC to ensure the neutrality and professionalism of the bureaucracy and the law enforcement agencies. Rab must be relieved of its law enforcement roles and turned into a commando unit under the armed forces to face emergency situations;
8.            Formulating a bold decentralisation programme and committing to spend at least 50% of the ADP through local government bodies. Political parties must agree to abide by the Constitution and the court judgments to prevent MPs from involving in local development and maintenance of public order, and to hold local body elections on time;
9.            Forming a Special Committee to recommend amendments to the Constitution. Potential areas of constitutional reforms could include: bringing a balance between the powers of the president and the PM; instituting a term limit and preventing concentration of powers in one person; expanding the electoral college for electing the president; changing the electoral system; reserving one-third seats of Parliament and filling those through a rotational system; creating an upper house; bringing about changes in Article 70 and so on. The Committee recommendations may be adopted through a referendum;
10.          Agreeing not to encroach in the freedom of the press or shrink the space for the operation of political parties and the civil society;
11.          Commiting to end the culture of unaccounted for disappearances and extra-judicial killings and ensuring basic human rights.
12.          Agreeing to a new 'social contract' so that the poor get their due share in the national resources, and quality education and health services are ensured for them. Political parties must also agree to give appropriate attention to the issues of environmental sustainability and climate change, whose adverse effects fall disproportionately on the poor.
These proposals were presented and adopted at the Fifth National Convention of SHUJAN: Citizens for Good Governance, held on December 27, 2014. We hope our politicans will use these proposals as their preliminary agenda for the much-demanded dialogue and discussions. We further hope that they will come to a negotiated settlement of the issues and sign a National Charter, like the 'Joint Declaration' made by the three alliances of political parties in 1990,  in order to avert the crisis that we may otherwise face. It is urgent that they show the values of multi-party democracy and work shoulder to shoulder to bring sustainable solutions to our problems.