Is the interim government the solution? 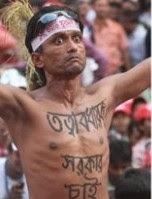 Recently, in the BBC Hardtalk programme, our prime minister proposed the formation of an interim government during the next general election with the participation of the opposition. As expected, the opposition leader summarily rejected the proposal. We thank the PM for her proposal to break the deadlock regarding the coming election, although a similar formula was rejected in the past. However, it would have been perhaps more appropriate to engage in a dialogue with the opposition about the proposal, rather than announcing it in a BBC programme.

At the outset, it must be made clear that the PM's proposal is not consistent with the established tradition of parliamentary democracy.
In parliamentary democracy, after the expiry of the term of the Parliament, the president asks the departing cabinet to continue until the election as interim government. Thus, the proposed interim government is an aberration and we doubt that it would be helpful in making the next election free and fair.

The Fifteenth Amendment of the Constitution enacted last year requires holding the next election during the three months prior to the expiry of the term of the Ninth Parliament. That is, the present MPs would be in office at the time of the election for the Tenth Parliament, even through, as per the PM's desire, the Parliament may not meet during the last three months. Such a constitutional requirement would be seriously detrimental to creating a level playing field for all parties.

At present, MPs from the treasury bench play the roles of "new zaminders" in their constituencies. They control almost everything there, including the local police. The filing of complaints at the local police station and even the issuing of charge-sheets by police now require a green light from MPs or the ruling party leaders. With such a state of affairs, MPs would be able to use the police to influence the outcome of the election. They could also keep the opposition candidates away from their constituencies through frivolous cases and violence.

A relevant question: who would be the PM of the interim government? Sheikh Hasina or Khaleda Zia? It matters because our constitutional scheme allows for the dictatorship of the PM. In fact, all our past elected PMs within the parliamentary system established their own dictatorships.

It may be remembered that in 1994, with the help of Sir Ninian Stephen, Awami League and BNP initially agreed on a formula of interim government with the participation of both parties, but, at the end, the agreement broke down on the issue of who would be the PM. At that time Begum Khaleda Zia refuted to relinquish the premiership. Now, would Sheikh Hasina be willing to make that sacrifice? Even if she does, we doubt that that an easy solution can be reached at this time.

Over the past 18 years, a lot of water has flowed down the river and the situation has become much more complicated. Problems which could be resolved easily in 1994 would not be easy to solve now. There are many reasons for this, for example "particisation" (not politicisation) of the bureaucracy and law enforcement agencies was almost absent at that time. Other constitutional bodies, especially the higher judiciary, were also not so flagrantly politicised. With the absence of widespread patronage distribution, the civil society — teachers, lawyers, physicians, journalists, cultural personalities, professionals — were largely united, and they could play the much-needed role of a pressure group. Establishing a "lease" to loot and plunder after going to power had not yet become part our political culture. The tit-for-tat mindset of seeking revenge had not become entrenched in our political parties. In addition, the interim government would have assumed power after the term of the Parliament had expired. Thus, if an agreement could be reached on the issue of who would be the premier of the interim government, the course of our politics would have perhaps taken different direction.

A lot of degeneration in our society had taken place as a result of the "bad" and self-defeating politics of the past 18 years. The bureaucracy and law enforcement agencies have become nakedly partisan. Our civil society is now largely divided and has become, in effect, nothing more than the extended arms of major political parties. Taking lease to loot, rather than engaging in public service, has become dominant motivation for winning elections — whatever the cost. Thus, even if the PM's proposal is accepted and the opposition is given an equal number of cabinet positions, including the premiership, a free and fair election could still not be guaranteed.

One major hurdle to a fair election is obviously the partisan behaviour of affiliation of the government and the law enforcement personnel. Like the four-party alliance of the past, the present government would also post its most loyal functionaries in key and sensitive positions — sensitive from the point of view of elections. These partisan functionaries, who are recipients of undue patronage, would, because of self-interest, work to ensure that the incumbent government is re-elected. The PM would not have to even blink her eyes for that to happen. For, if the opposition wins the next election, these functionaries will not only lose their patronage, but like the former DIG Kohinoor Mia, could even lose their jobs. Some of them might even go to jail for their past misdeeds. In other words, if the ruling party is dethroned in the coming election, its loyal supporters in the government will face serious personal risks; thus, given the high stakes involved, they will naturally go all out to harass the opposition and influence the election results.

How partisan law enforcement officials and the lower judiciary can nakedly harass political opponents can be seen in the case of torching of vehicles near the PM's office a few weeks ago. In this case, charge-sheets were submitted, charges framed and a trial started in the special court at supersonic speed. The charges involved 46 opposition leaders, including the acting secretary general of BNP, while the real culprits who torched the vehicles are still absconding. Even an interim government with equal participation of both government and opposition parties and under the premiership of Begum Khaleda Zia, would not be able to stop such harassment. Rather, they could conceivably be unable to make any decisions in any sensitive matter relating to elections, rendering the interim government itself totally ineffective.

In the past, the non-party caretaker government easily solved such problems of partisan tilts. They would replace the partisan ones by relatively neutral officials and create an enabling environment in order to allow officials to function in a neutral manner. This was an important contribution of the caretaker government toward ensuring free and fair elections.

A new complication has now been created by the controversial stand of the Election Commission on several issues, including the Fifteenth Amendment. For example, even if the government has repeatedly expressed its commitment to further strengthen the Commission, the EC has recently taken the position that it has all the power needed for holding free and fair elections: no further changes in the legal framework are necessary for this purpose. In addition, the EC has so far failed to take any clear position to safeguard public interest. Thus, the Commission's failure to-date to gain the confidence of the people is a serious threat to a credible election.

It is clear that the uncertainties about the coming election created by the abolition of the caretaker system through the Fifteenth Amendment to our Constitution cannot be removed by the proposed interim government. This is because the partisan government and law enforcement officials pose a serious threat to free and fair election. Another threat is created by the constitutional mandate to hold the election before the expiry of the term of the Parliament. In addition, the EC's inability so far to win the confidence of the voters further complicates the situation. However, the PM's proposal could be the basis for a much-needed dialogue between all parties involved, from which we hope a solution would emerge. We therefore request all concerned to give up their obdurate mindset and make sincere efforts to reach a negotiated settlement to overcome the present impasse.

Reference by: The Daily Star, 10 August 2012
Email ThisBlogThis!Share to TwitterShare to FacebookShare to Pinterest